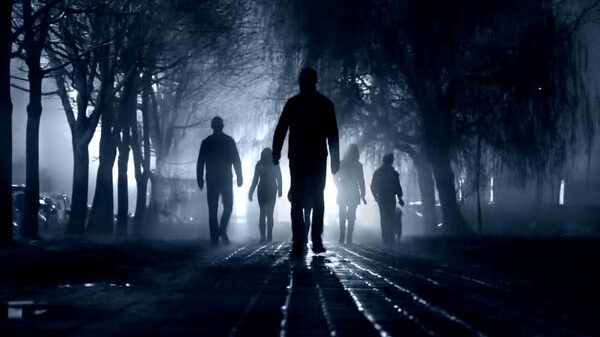 Self-driving cars sound like something out of a sci-fi novel but what would you make of the fact that ‘drivers’ will be able to fight zombies whilst traveling? According to VentureBeat, this is part of a new patent that Apple has recently filed. This VR system will allow the riders of self-driving cars to fight zombies or hang-glide as they are traveling. The system will be supported by interior screens and VR headsets to alter the interior of the vehicle. And you thought you were going to relax when self-driving cars made its debut!

The patent was filed in September 2017 but it only got published last week. The purpose of the patent is to address people who have car sickness when a vehicle is in motion. By replacing the motion of the car with a VR experience, the company hopes to combat motion sickness. The patent mentions a virtual controller and a mechanism that will project the content on the windows of the cars. The visual will sync with the active seat and the sensors to add to the effects of turning and accelerating in the real world. The patent also mentions the inclusion of augmented reality into the system which will likely be developed by Apple’s AR kit. It will assist in projecting the images onto the windows of the car.

The Apple patent also mentioned that passengers can choose the type of experience they want. They might choose a relaxing experience like floating down a river or something exciting like a car chase. If the car stops at a red light, the virtual experience will project that the car stalled and that danger is closing in on the rider. According to the company, this will make the experience more exciting.

These experiences are aimed at being interactive. VR has already been used for this purpose in video games. It makes it even more entertaining because the experience can be shared with a group of passengers at the same time. Imagine how exciting road trips will be! Who wants to play Eye-Spy when you can fight zombies on the way to your destination? The patent further mentions that the passengers can drop virtual water balloons onto features in the environment. More practical and useful features include having meetings with people on the way to work.

Apart from the patent released by Apple, there have also been rumors going around since 2015 that Apple is working on a self-driving car under the project named “Titan”. According to reports, the apparent test vehicle was spotted in October 2017. The United States Patent and Trademark Office released a diagram of the proposed system. It included a reclining active seat that also seems to be able to rotate. This is to make the VR experience as believable and enjoyable as possible. There has been no official date given by Apple regarding the release of this system.