Virtual reality has been one of the fastest-growing industries in the technological sphere, infiltrating sectors such as education & tourism. VR has also had a significant effect on healthcare & the military. Now XRHealth has found a way to have a huge impact on both those sectors at the same time. The company formerly known as VRHealth has established itself as the leading contender in VR health therapy. They recently announced a new partnership with the VA St. Louis Healthcare System to provide VR therapy to veterans.

VR therapy has been proven to relieve pain along with increase relaxation for various medical conditions. Many of the patients using the XRHealth platform suffer from spinal injuries, amputations, poly-trauma, multiple sclerosis, and other neurological conditions. Jim, a 62-year old SCI veteran, is a one-year out post-patient. He stated that he enjoyed the 360-degree his therapist put together of the National Veterans Winter Sports Clinic. He had the chance to ski downhill, snowmobile, rock climb, and even cross country ski. He was amazed at all the things he could do while being paralyzed. He stated that he can’t wait to hit the slopes next year.

CEO of XRHealth, Eran Orr, stated that VR/AR therapy has provided a lot of relief for the patients all over the world. As a former air-force pilot, he could testify that this healthcare solution not only helps the veteran but also military families. He mentioned that patients that started using the app, recorded a drastic improvement in the quality of their lives, comfort, and overall wellness. He, along with the company, have expressed their gratitude and their excitement when asked about their plans. Orr stated that they still have many other projects in the works.

The VRHealth Platform is XRHealth’s flagship product. It is offered to healthcare facilities. It provides them with VR medical apps like cognitive assessment & training apps, motor function apps, pain management apps, and behavioral apps. The VRHealth & ARHealth platforms are especially useful for medical professionals because they can analyze patient data in real-time. This allows them to track recovery both on-site along with remotely which makes healthcare mobile & easily accessible. Patients who have mobility issues can be monitored without physically having to go to their nearest healthcare facility and risking the possibility of further injury.

Project lead for VR/XR services for SCI, Charley Wright, stated that the company is excited to announce the new service of virtual reality to veterans of the spinal cord injury (SCI) unit. He mentioned that they have implemented the system over the past few months and they can already see the difference in the 20 veterans in their care. He further stated that the possibilities that the XRHealth platform brings, allowed the veterans to do something fun while in rehabilitation.
The partnership between XRHealth & St. Louis Healthcare System was made possible by GlobalSTL, an international initiative by BioSTL. 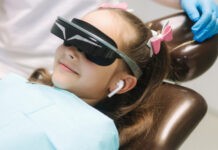 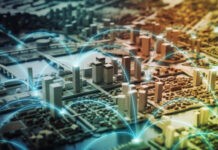 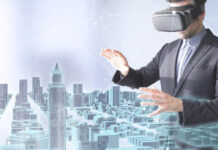