Have you ever thought of a device that could read your thoughts that uses the information to control something in an augmented or virtual reality? Probably not, but Mark Zuckerberg has. The brains behind Facebook recently mentioned the idea at an ongoing discussion series and stated that technology could have the ability to translate brain signals into useful information for machines. He stated that the goal would be to eventually think of something then control something in an AR/VR world.

Facebook, which started as a modest social media app, has already been making significant progress in the mentioned fields. It has taken long strides in virtual reality technology through its VR hardware company, Occulus, its rumored AR glasses, and recently through brain-to-computer investments. The latter was explored in an undisclosed deal of $500 million to $1 billion when Facebook purchased a company called CTRL-labs. They have been pioneering technology in a world of brain-to-computer interfaces. They are also known for developing a watch-style device which intercepts brain signals and sends it to the fingers to control a phone. In theory, this could cut out the need to press any buttons when operating a phone.

Zuckerberg mentioned that signals could be read superficially but there are some cases where a harder approach such as surgery might be necessary. He further said that he has the neural capacity in his motor neurons to control the other hand. That it is just a matter of training to teach them to pick up signals from the wrist. According to him, if you have limited ability to translate what is going on in your brain to your motor activity, then surgical implantation will be necessary.

The question remains: will Facebook go through these lengths to combine humans with computers?

In a leaked transcript published by Verge, Zuckerberg mentions that the company will be looking into devices that can read brain signals without it having to be embedded into one’s skull. He stated that they are only focusing on non-invasive possibilities and that the company is aiming at making VR/AR devices a big thing in the next 5 to 10 years. He further joked that he doesn’t want Facebook to be over the headlines because it looks like they wanted to perform brain surgery.

Facebook is, surprisingly enough, not the only company looking into combining humans with computers. Technology wunderkind, Elon Musk, is exploring human-computer interfaces with his company, Neuralink. They have been focusing on more invasive ways on how to achieve the goal. In a world where this is the possibility who knows what innovative inventions could be made by these two companies in the future? More importantly, are we standing on the edge of a new techno race that will inspire other tech giants to compete in the AR/VR field? Only time (and money) will eventually tell. 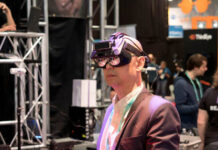 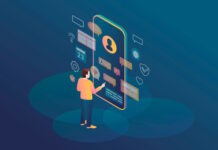 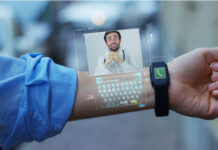 “How Technology Can Give Oil & Gas Companies Increased Competitive Advantage”