NexTech AR Solutions recently announced that their 3D augmented reality solution for eCommerce will be seamlessly integrated with Facebook Messenger. NexTech is the leader in augmented reality for eCommerce, learning applications, and branded entertainment experiences. Their partnership with Facebook will boost their reputation even further. The new integration works on desktop computers as well as mobile phones. It provides a full-screen, device-agnostic, and a web-based 3D/AR experience. This integration will reach 70 million daily active Facebook Messenger users along with 1.3 million monthly active users.

According to statistics, there are over 260 million new conversations started on Facebook Messenger with over 17 billion photos are sent via this platform. The customer chat plugin on Messenger allows NexTech to integrate the users’ Messenger experiences into their customers’ website or mobile site. The same personalized, media-rich experiences the user gets on Messenger has been upgraded with the NexTech integration. There are many more added features that users can look forward to. The added appeal of the 3D/AR features means that NexTech now has the advantage when it comes to their competition. In turn, this means that Facebook Messenger also has the upper hand.

Evan Gappelberg, CEO of NexTech AR stated that the integration of NexTech AR builds momentum as it scales up customer wins. It is at the forefront of making AR technology easy to use along with easy to access for anyone. He further said that the company’s leading eCommerce platform was specifically designed with augmented reality features so that product engagement can be enhanced. This will add-to-cart rates can be increased. It also managed to reduce product returns. The integration with Facebook Messenger provides NexTech a platform to further develop their eCommerce technology and explore the marketplace even further.

NexTech is one of the major key players in the augmented reality industry which is estimated to hit $120 billion by 2020. It is the first publicly traded ‘pure-play’ AR Company which began trading in October 2018. NexTech has already established a professional brand over the years. The company has an exclusive portfolio license related to interactive gaming, interactive advertising, and augmented reality technology.

At the moment, the company is pursuing four multi-billion-dollar verticals in the augmented reality industry. One of them, ARitize for eCommerce was launched as a webAR for eCommerce in 2019. It has already attracted several customers like Walther Arms, Wright Brothers, Mr. Steak, and Budweiser. This is the first full-funnel end-to-end eCommerce solution for the AR industry. It includes features like 3D product capture, 3D ads for Facebook, and try-it-on technology for retail stores. Another is ARitize University which allows educational institutions to use AR as part of the educational experience. Having launched in June 2019, the app allows institutions to leverage all of their existing 2D assets like YouTube videos and PDF documents, and overlay immersive 3D-AR experiences on top of that content to create interactive and exciting learning experiences. 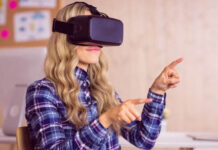