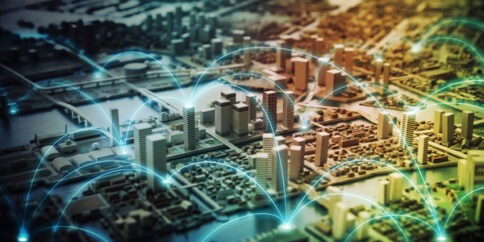 The Tuensang Battalion carried out their annual orientation and training day on December 14 in Tuensang to create awareness and appreciation for civil servants and the civil service. Under the aegis of HQ IGAR (North) the orientation training for Nagaland civil service probationers was a roaring success with the trainees leaving with smiles on their faces. The training and orientation involved a lot of activities including an introduction to the history, the organization, and the role of Assam Rifles. They were also treated to a lecture on Naga Insurgency during this series of events.

The training and orientation day aimed to take the probationers on a trip throughout history to cultivate a sense of pride and appreciation. One of the speakers at the event stated that it is vital for the citizens of a country to learn more about the history of its military, even when it is taught in school. The visual and physical experience of the tour and the orientation far outweighs reading about it in a book between four walls and behind a desk. This was the perfect opportunity for them to ask questions and take notes of aspects they had no idea about.

Assam Rifles has always been very involved in the community in terms of uplifting the youth and informing the general public. The organization takes pride in what it has achieved since its establishment in 1835 under British rule. Since the independence of India, the organization has been involved in several decoration ceremonies and members of Assam Rifles has been awarded over 450 military decorations for their contribution to the Indian military. The probationers had the chance to learn more about these members and how exactly they earned such prestigious awards.

The orientation focused on the growth of the organization in terms of the early history and the size of the organization today. It started as a small group with only 750 men to protect settlements against tribal raids and other assaults as British rule moved north of India. It later played a role in WWI when members of Assam Military Police as it was known then, fought in Europe and the Middle East. The name was later changed to Assam Rifles to acknowledge their role in the war. During WWII they were vital in managing the Japanese refugees and they organized a resistance group on the Indo-Burmese border to counter the Japanese invasion.

Today Assam Rifles boasts with 46 battalions and they are still active in the broader continent of Asia. After the probationers learned about the extensive history of the organization, they also visited the cooks’ houses, training area, sports and shopping complex, IED training lab, and the weapon simulator room where they were told about the ins and outs of the organization behind the scenes. At the end of the orientation and training day, the probationers acknowledged Assam Rifles for organizing the event and they were thankful for the opportunity to have learned so much about India’s oldest Para-Military Force. 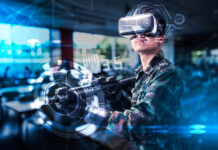